Sometimes Getting There Takes A Little Longer.

Unusually for me, I have attended three Christmas services this year.

It is hard for me to do, as I have a passionate distaste for the common Christmas Carols. The music is fine, in its essence, even though ruined by the constant repetition at screaming point in every shop I have had the misfortune to visit this month. Played sweetly without words, it could be balm.

It is the theology of the songs that is execrable. Yes, I know the carols are old and familiar and something shared….but I can’t help myself. I actually listen to, and read the words and here I come to grief. I do not normally find any sparks of the fire in carols….but… 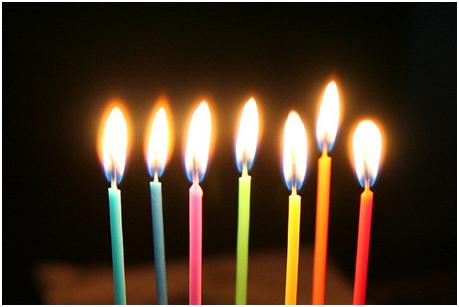 My friend and her son were going, so they stopped by our place for a meal on the way. As the time got closer, the idea itched at me, till I heard myself ask if I could happen along too. These carols were held in a smallish old stone Uniting Church near the beach. The room filled quietly with people of all ages and genders and ‘definitions’. The State Moderator attended as a member of the congregation, without pomp or procession.

The atmosphere was beautiful, full of tenderness and loving presence to one another. We lit candles to remember people who were and are precious to us. There were carols aplenty, but set between reflections and prayers presented by members of the congregation. These reflections drew their themes from the common ways people from the LGBTIQ community experience life – both the love and joy of embrace, and the exclusion and pain of rejection. They did not stop there though. They called the congregation to go deeper in faith – to widen their tents , and make room for compassion, courage and action in the continued search for justice.

I recognised some people I already knew, and others I had not known to belong to this community before. I received a beaming smile from a younger woman I had known as a little girl when I saw and heard her in the Quire – and another from a fellow alto of my own community choir whom I had known was a lesbian, but who was coming out to me as a fellow Christian – these days a more risky thing – and then one from one of my daughter’s neighbours. I met my friend’s friends and felt I belonged.

I went home high on the love that filled the room, carried by the beautiful blessing given by the Moderator, a woman I recognised from days when she taught Feminist Theology and then studied Social Work before becoming ordained.

Service 2. The Parish Children’s Mass at 6pm on Christmas Eve.

The church was large, the congregation enormous and the seats ringed by people standing at the outside edges. At the end of our row was a little family I have known for nigh on 20 years now. They are father, mother and daughter in her early twenties. I will call her Sophia. I choose this pseudonym for her carefully , to reflect my belief that Sophia has all the wisdom of a complete innocent. She is quite severely intellectually disabled, and her parents have devoted themselves to her care and development with a love and gentleness that shines and inspires.

For the last twenty years, my working life was spent with children with ‘special needs’. Well, I have trouble with that as a description of Sophia. Yes, she needs support and care and careful training in life skills, but she also brings and gives to everyone she meets. She calls us through her attention to the prayers: each word of each prayer has to be said slowly and with great effort. It takes her longer than everyone else and her voice is loud, but she is totally dedicated to her task. She will not stop until each prayer is finished in its entirety.

Some younger children look as if wondering if her voice is acceptable, the older woman in front of me looks a bit irritated, then they settle into calmness. This is how it is going to be so don’t expect us to shoosh or hurry her..

Once upon a time, Sophia used to be a Minister of the Eucharist. I don’t know when that stopped or why. Her mother was sad and said Sophia missed it badly. I struggle with this. I cannot imagine why she had to stop. Of all the people in the congregation, this one has the purest soul. She is incapable of malice or deliberate meanness like the rest of us. When her voice continues after we have finished, it seems to me as if our prayers rest on hers and are lifted up on the strength of their purity.

I know why Pope Francis looks with such joy and reverence at such people: they are the saints in whose presence we are blessed and fortunate.

Service 3. In a Chapel at 8pm on The Same Night.

The prayer sheet (with the carols printed on it) has a reproduction of a print on the cover. It is called simply ‘Nativity’ . It is a print by contemporary figurative artist Brian Kershisnik. There is a post-birth scene in the bottom right of the canvas – Mary feeding the new baby, the two midwives kneeling and watching attentively, a dog and its pups nearby – and a very very weary and overwhelmed Joseph leaning his face on one hand. They are surrounded by a modern interpretation of angels – the whole of the rest of the painting is filled with angels of every shape, size and colour, male and female, old and young, large and tiny: a veritable host just like us.

As the introduction to Mass begins, we are invited to let our imaginations play and find ourselves within the frame. I initially resist for a moment then let myself slip in.

I can’t explain the next step, as it happens so quickly, but I am instantly feeling in my woman’s body the remembered knowledge that I am forming something, that is being externalized into the world from me. I am identifying with Mary, yes, but I am identifying with all of humanity even more. There is knowledge that is unspoken but grows and assumes form: that it is in the connections of all our ordinary messy human lives that the realm of grace exists.

Grace is not contingent upon our goodness – heaven help us if it was – nor on us as isolated beings. Rather the reach of the invitation to more, weaves through us all, and lies where it is so close that we can’t see it as something separate. It is Love constantly forming in us and holding us in being – all of us, now, before and after, known and unknown. Our human life brings it to expression.

We are all caught up in a ‘meeting in the air’ – the young Sophia working her voice to produce her prayers, the fullness of the love of the unrecognised people of such great compassion and acceptance in the stone church by the beach, the faithful community in the night chapel, and all the rest of us – the uncountable host of oddly shaped but intensely loveable angels.

For a while, the harshness and horror of recent times recedes, and our human hearts expand to encompass more than we thought we could .

We stop awhile and here I take off my shoes.

After a long and varied career in teaching, I am now able to pursue my other love - writing as a form of exploring the depths of life's experiences. I live in South Australia, in an ordinary house in an ordinary suburban street, which is where the extraordinary happens every day.
View all posts by Pauline Small →
This entry was posted in Uncategorized. Bookmark the permalink.